Posted on: March 21, 2015
By: Stephanie Park
Featured Video
Day five of Mercedes-Benz Tokyo Fashion Week has come and gone, and I know I keep saying this, but this week is just flying by! Today was especially exciting as DHL Exported, a partner of Mercedes-Benz Fashion Week, was hosting designer Henry Holland on their runway. Henry Holland and his label, House of Holland, have built a cult following over the last several years and as such, the coolest kids in Tokyo all flocked to see his collection. The outfits worn to the show had street style photographers in a frenzy, but nothing could compete with the actual runway.


London based brand House of Holland presented its Autumn Winter 2015-16 collection on the DHL Exported stage. Guests showed up early, rather than fashionably late as with most shows, to queue for one of the most highly anticipated shows of the week. The show brought out some of the most fashion forward crowd in Tokyo, including DJ Mademoiselle Yulia and singer/songwriter Beni.


Henry Holland, designer and creative behind House of Holland, told press that the collection was inspired by Blade Runner and a future cityscape––citing the Mongolian fur pieces as the key looks. The color palette stayed true to House of Holland’s knack for color, but the collection as a whole showcased a tough girl aesthetic that is relatively new to the label. 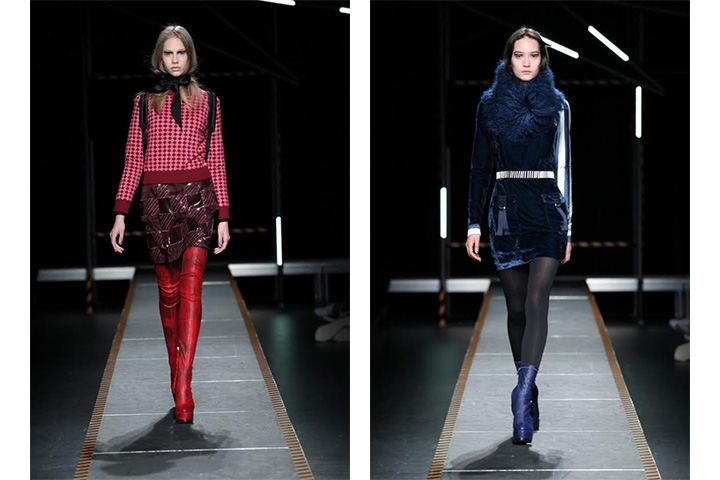 Garter skirts, skin tight knee high boots, and checked and striped prints had the models outfitted to break the rules while simultaneously giving a subtle nod to the cyberpunk world of Blade Runner. The runway was soundtracked by singles off of Drake’s new album, along with house and Mark Ronson’s hit ‘Uptown Funk’.

After the runway, DHL Exported held a press reception where the floor was opened for a Q and A session with Holland. The designer talked his inspiration, the label’s presence in Tokyo, and the brand’s growth into a tougher aesthetic, after which he posed for selfies with showgoers. As a longtime fan of House of Holland, the whole experience was truly a surreal moment for me. 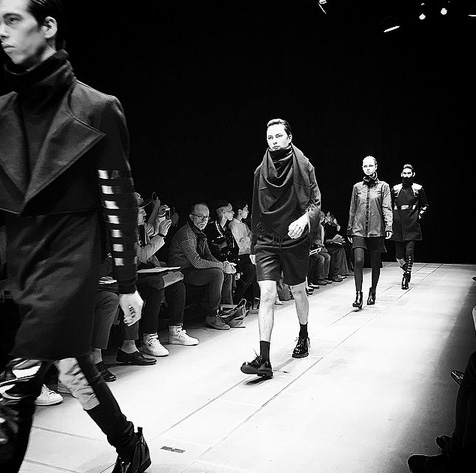 
After hanging around the press reception for much too long, I nearly missed the Noir Fr show. Noir Fr is a Japanese label designed by Syota Masuda that was founded in 2010. Noir Fr is short for Noir Frere, meaning ‘brothers of black’ in French, and the AW 15-16 collection stayed true to the label’s namesake by showing all-black looks. 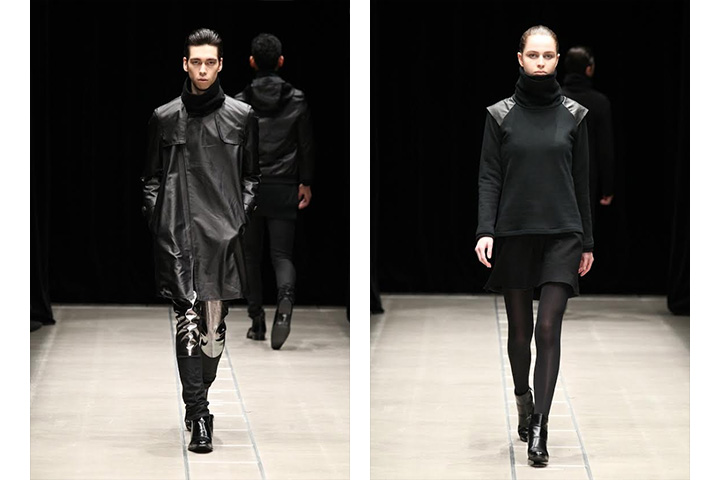 
Draped turtlenecks, metallic accents, and sweaters that hid the models’ forms made up the foundation of this collection. Those of you who know me know that I hardly ever deviate from an all-black wardrobe, so I immediately fell head-over-heels for just about everything that came down Noir Fr’s runway.

The end of Tokyo Fashion Week is drawing nearer and nearer. Don’t miss a moment by following @FashionOneTelevision on Instagram and @FashionOne on Twitter.

TOP TEN Instagram Snaps from the Victoria’s Secret Fashion Show
Do you have a Fashion story idea or tip? Email us at submissions@fashionone.com.